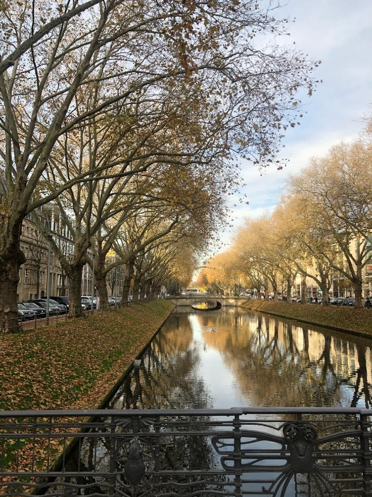 Once in a while the Codex Committee on Nutrition and Foods for Special Dietary Uses (CCNFSDU) has a rather sedate meeting. Its most recent meeting – held in Düsseldorf, Germany from November 24-29, 2019 – was one of those rarities. Chaired and co-chaired by Dr. Anja Brönstrup and Ms. Hilke Thordsen-Böhm (both from the Federal Ministry of Food and Agriculture of Germany), the meeting was run efficiently if not always wisely.

The Importance of Codex

Unfortunately, in the more than 20 years that the National Health Federation (NHF) has been attending Codex meetings, it has seen ridiculously low upper limits set on dietary supplements, GMO food labeling shot down in defeat, the toxic steroid-like animal drug Ractopamine approved for use, a melamine exemption for infant formula barely defeated at the ultimate last minute and some recommended daily intakes for vitamins and minerals set at laughable levels. On the other hand, thanks to the NHF and others, certain nutrient reference values for vitamins and minerals have been set at higher levels, the dangerous vet drug Zilpaterol defeated, the melamine exemption thwarted, and aluminum removed from most food additives. As a Codex-accredited INGO, NHF has participated actively, even aggressively, in all of those battles because it knows that the food standards and guidelines adopted by the Codex Alimentarius Commission are then used domestically by numerous countries worldwide and by virtually all countries in international food trade. That’s how important they are.

Biofortification is a technique used for increasing the vitamin-and-mineral content of basic food crops. Typically employing conventional cross-breeding, biofortification had unfortunately devolved into a term also covering genetic engineering. Although conventionally cross-bred biofortified foods are an admirable outcome, I have long argued at these meetings that it is an unnecessary one if farmers would simply employ the proper farming techniques to prevent soil depletion and along with it the vitamin-and-mineral content of the foods grown in that soil.

For the last several years, the CCNFSDU had been crafting a definition for Biofortification. That definition would then be used uniformly around the World to apply to those foods conventionally fortified with higher levels of nutrients and everyone would be on the same page whenever the term “biofortified” was used. Indeed, the NHF was an early supporter at Codex of this definition.

However, the pro-GMO forces high-jacked the draft definition so they could then hide their genetically engineered foods within this definition and use its appealing, natural-sounding name to sell their GMO foods to unsuspecting consumers on a worldwide scale. If Codex were to allow “any method of production” and “any source” to be part of the Biofortification definition, as had been proposed, then that definition would promote marketing deception of the worst sort.

Fortunately, the Codex Committee on Food Labelling (CCFL), at its last meeting held in Ottawa, Ontario, six months earlier, had declared that the Biofortification definition was unnecessary as “existing Codex guidelines provided adequate guidance for claims for products with higher micronutrient content.” So, with the bounce back from CCFL to this Committee for final review, the definition was pretty much DOA (Dead On Arrival).

Still, the sponsors of the work had to get in their parting shots and the Zimbabwe delegate and Dr. Anne Mackenzie of the International Food Policy Research Institute (IFPRI) both took the floor at the CCNFSDU meeting to defend the definition. Dr. Mackenzie was particularly eloquent and diplomatic in her presentation, making a good case for the definition’s need. But the decision had already been made and the rest of the room remained silent. Except for me. I could not resist reminding the other delegates that it would be a deceptive definition and that the “need” for biofortified foods has been artificially created by the poor farming practices employed by almost all countries, which in turn leads to the depletion of nutrients in our soils and hence in our foods.

With those last words, the Committee agreed to discontinue the work and to inform Codex Executive Committee and the Codex Commission. However, as in one of those Saturday matinee serial cliffhangers from the 1930s, where the villain is seemingly vanquished only for the audience to see a sinister hand moving in the shadows in the very last moments of the movie which tells us that the villain has actually escaped, the sponsors of this definition have announced their intention to bring this definition up before yet another, third committee for consideration. 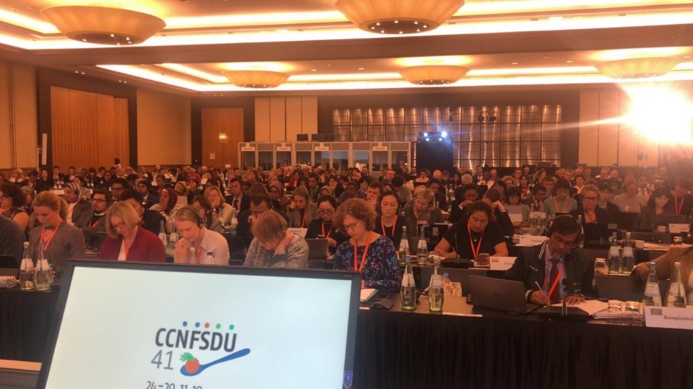 One of Codex’s noble goals is to establish guidelines for healthy Ready-to-Use Therapeutic Foods (RUTFs), which are used to feed severely malnourished children (usually under the age of five). RUTFs are energy-dense, micronutrient-enriched pastes (similar in consistency to peanut butter) that are nutritionally similar to the traditional milk-based diet used in inpatient therapeutic feeding programs. Often, RUTFs consist of peanuts, oil, sugar, and milk powder. Some of the ingredients are not what we would consider healthy (certain oils and sugar) but the RUTFs do give an immediate sustenance to children who would otherwise die.

Codex observer-delegate UNICEF, a keen proponent of RUTFs, states that, “[p]roperly used, RUTF is safe, cost effective, and has saved hundreds of thousands of children’s lives in recent years. Severe acute malnutrition is a major killer of children under five, accounting for approximately 1 million deaths annually. Around 20 million children worldwide are estimated to be suffering from this condition, of which only approximately 10-15 per cent currently receive treatment using RUTF.” Codex wants to expand the availability of RUTFs by creating an internationally accepted guideline; and that is what is also being discussed at CCNFSDU meetings, including this one.

Of course, Codex being Codex, the nutrient profile in RUTFs is much lower than what would provide children with optimal nutrition. Instead, it’s just basic survival nutrition. Perhaps that is why Vitamin Angels was created, so as to make up for the deficiencies in RUTFs.

These low nutrient levels were generally being approved by the Committee one right after the other. Fortunately, though, when it came to RUTF magnesium levels, NHF’s comments were heeded. I expressed NHF’s concern to the Committee over the high ratio of calcium to magnesium (55 mg to 15 mg) as well as over the generally low minimum and maximum levels being set for magnesium, reminding everyone that extensive science supporting higher levels exists and had been previously submitted to the Committee. I then proposed that the levels for magnesium be doubled to be closer to the proposed values for calcium.

Fortunately, the Chairwoman wisely asked the opinion of the International Ready to Use Foods Association, and its spokesman, Dr. Mark J. Manary, M.D., supported NHF’s views. More importantly, Dr. Douglas Balentine spoke up for the United States and said that the United States would not be opposed to the doubling of the magnesium level. Dr. Balentine is widely respected at Codex meetings for his calm and persuasive interventions, so this was important and timely support. With that, the Chairwoman agreed to place the proposed values for magnesium in square brackets for further consideration at the next session.

The Infant Formula Designed By Marketers

Another long and sometimes contentious issue discussed at this CCNFSDU meeting was the Committee’s review of the standard for Follow-Up Formula (FUF). FUF is a somewhat new market segment created to sell formula to those infants and young children ages six to 36 months.

Several baby-formula consumer groups – such as the International Baby Food Action Network (IBFAN), the International Lactation Consultant Association (ILCA), and the European Network of Childbirth Associations (ENCA) and supported strongly by Nepal – focused on this agenda item with laser-like intensity, while Nestle and other business-interest groups continued to defend a follow-up formula that many others claim is nothing more than a marketing ploy to sell more formula to a largely untapped, older-infant market segment. After literally years of hot debate and arguments over FUF, though, the discussion among the delegates has primarily boiled down to debating key words and images.

Consumer groups argue, and correctly so in NHF’s view, that the placement of “Follow-Up Formula” on store shelves near infant formula, using similar packaging, images and colors, which would imply that FUF is next in line to be used, is very deceptive. Sadly, the formula industry wants FUF to be used in place of breast-feeding.

And demonstrating for the umpteenth time that they are nothing more than a regional branch office of Big Formula, both Australia and New Zealand objected to the inclusion into the standard of the statement that, “Breast milk is the best food for your young child.” Yes, I bet Australians and New Zealanders would love to know what insane views their tax dollars are being spent to support. Amazingly enough, the European Union delegate agreed with Australia and New Zealand! So, this important sentence was stricken from the draft standard.

The formula manufacturers are happy because the FUF standard is still progressing through its eight-step process. The consumer groups are unhappy because nothing is being done to stop cross-promotion of infant-formula products or to end the disguise of FUF through packaging as simply a natural step-up from baby formula – all to the detriment of healthy breastfeeding.

Travel Alone or Together?

In that respect, Codex is a lot like attending an Ivy-League university where it’s tough to get in, but once admitted, it’s just as tough to flunk out. You have to be a real fool to flunk out of those universities. Rather, there is a strong drive to push every student upwards and out of the Ivy-League school, with each of them holding a diploma. So too with Codex. The inexorable drive to advance a standard – no matter how good or bad – is there, and it shows in the unrelenting push of the chair critters to speed their way through the agenda items and dump the standard on the Commission’s lap for final adoption. And once in that lap, the Commission invariably draws the wrong conclusion in thinking that the standard (or guideline) has been thoroughly considered and agreed upon by everyone.

No, the speed with which these standards and guidelines are all too often adopted leaves a lot of people behind in the dust. It might take a little longer but in our view it’s better to travel far and together.