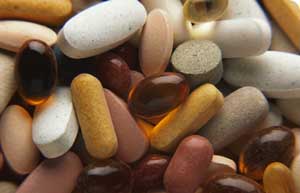 The long-standing bias against natural over patentable synthetic molecules in the practice of medicine has now resulted in the avoidable premature death of thousands of the most vulnerable individuals and the abrupt and near-complete economic collapse of modern society due to an unwarranted over-response by health authorities, political overseers and sensationalist news media.

The narrow and archaic vaccine-only paradigm to treat infectious diseases has left human populations vulnerable to a highly transmissible and potentially pathogenic virus with no approved drugs or vaccines in place.

Unprepared public health authorities should all have resigned by now.  Instead, they wield unelected power as they mandate countermeasures such as indoor quarantine that will further deprive the sunlight-deprived masses in the northern hemisphere of the natural vitamin D needed to prevent this seasonal infectious disease.

The power hungry must produce deaths to spread the fear needed to extend control over the planet’s human populations.  What looms is a decree for universal vaccination before the multitudes are permitted to return to normal life.  The supposition is that only health authorities know what is best for 7 billion hostages presumed to be medically ignorant.

This unprecedented man-made chaos could have been avoided by putting into practice a remedy described nearly a decade ago.

In 2010 a collaboration of university-based researchers in The Netherlands and the USA reported that the combination of the trace mineral zinc plus a zinc transport molecule (ionophore) that facilitates zinc’s entry into cells efficiently impairs the replication of RNA viruses, like the newly mutated COVID-19 coronavirus, to effect a cure.

This prior discovery appears to validate the recent report of Vladimir Zelenko MD, a New York-based physician who treated 699 consecutive cases of COVID-19 coronavirus with complete 100% success.  His treatment protocol includes oral zinc, chloroquine as a zinc ionophore and an antibiotic (azithromycin).

Chloroquine received early push-back by political antagonists of the President of the United States who initially endorsed it, which was met with ridicule and scorn, even in scientific publications as well as from Anthony Fauci, director of the National Institute of Infectious Disease.  But then an international poll showed 37% of 6227 doctors rated this zinc-enhancing drug, mostly used to treat malaria, as the “most effective therapy” for treatment for coronavirus.

This journalist was among the first to make the public aware chloroquine is a zinc ionophore.  It became evident that virtually all of the symptoms of COVID-19 coronavirus infection, as noted by an emergency room physician, correlated with those produced by zinc deficiency, a report that via the internet was spread globally.  The masses were beginning learn this calamity could be avoided without the aid of public health agencies.

Zinc + ionophore was found to abolish RNA coronaviruses at very low concentration in a lab dish, meaning treatment leading to a cure is achievable in humans.  In a lab dish the halt of viral replication was found to occur within minutes.

This zinc + ionophore approach was successfully tested on the deadly SARS-coronavirus that struck human populations in Asia in 2003-2004 and was also found to be effective against coxsackievirus, foot-and-mouth disease, and rhinoviruses (cold viruses).

In the present COVID-19 coronavirus epidemic the zinc + ionophore combination could have been employed in a targeted fashion for high-risk groups (elderly, diabetics, smokers, alcohol abusers, immune suppressant and illicit-drug users) as prevention and for curative purposes among patients with severe lung disease.

The family of RNA viruses also includes poliovirus and influenza virus.  In other words, zinc therapy would also simultaneously address the seasonal flu viruses also in circulation, something public health authorities strangely paid no attention to this flu season.

Effectiveness of zinc along or with ionophore

Zinc alone only reduced viral replication by ~50% due to the lack of solubility of this trace mineral and its subsequent inability to be transported across the lipid (fatty) cell wall.

Given that viruses are intracellular parasites that hijack cellular processes to replicate a virus’s genetic material, it is essential anti-viral agents have ability to enter cells.  An individual viral particle called a virion is able to produce about a million new virions once inside a cell.  It would be critical for zinc to enter cells to destroy the virus, which makes the discovery of an ionophore as important as zinc’s primary role in infection control.

Such a discovery, if put into practice, would have upset the reigning vaccine paradigm that now predominates in modern medicine.  Research dollars would evaporate as a cure for seasonal influenza and coronaviruses as well as tuberculosis would have been found.

Had zinc + ionophore therapy been in place, not only could the mutated COVID-19 coronavirus pandemic have been halted but it could have eventually been employed in an attempt to arrest cases of vaccine-resistant polio and other viral diseases not responsive to vaccination.  An unwelcome fact to the medical industry is that vaccination would suddenly be found to be impractical and archaic.

Zinc for all infectious disease

In fact, zinc deficiency may actually be a primary cause of much if not all infectious disease.  While it is conceded that zinc plays an important role in infant and childhood infectious disease, it is generally not incorporated into the practice of preventive medicine.  Such an oversight has been costly to humanity.

Vaccination, which exposes humans to a little bit of a disease in order to activate antibodies, relies on the assumption the immune system will be responsive and produce antibodies upon exposure to various pathogenic bacteria and viruses.  Vaccination narrowly attempts to produce antibodies by exposure to each and every known pathogenic bacterium or virus plus a toxic heavy metal adjuvant like mercury or aluminum to provoke an immune response.  Whereas zinc therapy, by virtue of its ability to activate T-cells in the thymus gland that produce life-long antibodies, would address each and every incoming pathogen, making modern vaccination and re-vaccination programs outmoded.

In fact, high-risk groups (zinc deficient?) may not produce sufficient antibodies that are required for life-long immunity.  Such an acknowledgement would relegate vaccination as antiquated “cowpox” technology first practiced by Dr. Edward Jenner on May 14, 1796.

This would suggest zinc deficiency is prominent among diabetics, smokers and alcohol imbibers as well as the elderly that comprise high-risk groups for influenza and coronavirus infection.  These subpopulations also do not respond well to vaccination.

Let us briefly examine whether this holds true.

Zinc has been characterized as a mimic of insulin because protects insulin from degradation.  The lack of an available ionophore may explain why both a shortage and an excessive zinc state are both common among diabetics.  An ionophore facilitates viral eradication at very low concentrations of zinc.

While smoking cessation should be emphasized, a shortage of zinc exacerbates lung disease.  Essentially, every smoker should supplement their diet with zinc.

Alcohol, the lung and zinc

A common consequence of alcoholism is lung disease.  Habitual alcohol intake increases susceptibility to pneumonia and lung injury for which no therapeutic options exist.  Alcohol ingestion impairs macrophages in the lungs.  Alcoholics may have normal blood levels of zinc but significant decreased zinc in white blood cells called macrophages that reside in the alveolar spaces of the lung where oxygen is transferred to the circulatory system.  Zinc supplementation has been suggested for alcoholics with accompanying lung disease.

Another class of non-responders to vaccination who are also vulnerable to infectious diseases like coronaviruses are users of immune-suppressant drugs.

Patients on immune suppressant drugs are illogically advised to avoid zinc over concern it will induce an immune response and organ rejection that could, for example, jeopardize successful organ transplantation or worsen an autoimmune disease.

But as researchers note, zinc deficiency is documented to dampen immunity and zinc replacement restores normal immune function, but zinc has never been demonstrated to act as an immune “stimulant.”  In fact, zinc therapy was proposed as a “new way” to treat organ transplant patients in 2004 but remains an ignored therapeutic.

In other words, zinc normalizes the immune response, as does vitamin D and the red wine molecule resveratrol.  In fact, resveratrol completely blocks viral replication at a very low concentration in a lab dish.  This is another major mistake in modern medicine and further exposes the bias against natural medicine.

Superiority of natural immunity over vaccination

The question arises, does natural immunity (naturally-produced antibodies) results in making vaccination programs only appear to be effective.  In my revealing report entitled The Day Natural Immunity Prevailed Over Flu Vaccination, the realization there was no association between flu vaccination rates and the severity of flu seasons in 2010-11 and 2017-18 led to the conclusion that natural immunity must be playing a predominant role over vaccination.

Essentially vaccination doesn’t work efficiently without zinc.  Zinc replenishment has the potential to improve immunity in young and old, two groups that do not respond to vaccination very well.

A documentary report produced by this investigator concludes zinc is essential for vaccines to work and zinc sufficiency among infection-prone children who have not developed antibodies against pathogenic bacteria and viruses yet would supplant vaccination or at the very least improve antibody response.  Zinc sufficient children would either experience a mild fever or no symptoms at all and develop antibodies overnight, whether exposed to pathogens circulating in the community or from vaccines.

Presumably zinc was operative in Great Britain where it was determined that 68% of the population had at that point in time already developed antibodies against COVID-29 coronavirus and caused investigators to realize further measures to block the spread of the disease would be would be more problematic than the disease itself.

Over 70% of the general population has already produced sufficient antibodies (called seroconversion) in response to four less-severe human coronaviruses that occurred from exposure during childhood and reinfection throughout life.

While chloroquine is an inexpensive drug, it is only available by prescription.  Following endorsement by the President of the United States on March 19 and emergency approval by the FDA on March 30, 2020, it was initially reported by this investigative journalist and later others that chloroquine is a zinc enhancing agent that facilitates the entry of zinc into cells.  Virtually all of the signs and symptoms of COVID-19 correlate with symptoms of zinc deficiency.  Widespread publicity resulted in a shortage of this drug, which doctors are now using to treat COVID-19 infections.

Quercetin has been identified as a 3CLpro enzyme inhibiting molecule.

Do not run to the hospital if ill (signs and symptoms of coronavirus: shortness of breath, fever, loss of taste or smell, diarrhea), call your doctor.

In a pandemic it is possible that hoarding or shortages of medications would leave human populations with no available doctor-prescribed remedies.  Given that dire scenario (there is really no practical way to supply or deliver 326 million Americans with any drug in a timely fashion), as a last resort Dr. Zelenko’s protocol of an antibiotic, zinc and a zinc ionophore could be mimicked with natural remedies, as follows:

From what is revealed in this report, modern medicine coerces the public to wait for development and regulatory approval of synthetic versions of molecules that resemble zinc (so called analogs) in order to capitalize financially at the expense of human life and health.

Whether an unaware public will catch on to this covert ruse is unknown, but, with a bit of needed interpretation, it has erupted into the public forum for all to see.  Modern medicine and the Centers for Disease Control have held the public hostage to await an unproven and likely problematic vaccine, and thus have betrayed the public’s trust given an economical and more targeted natural therapy is at hand.  The consequences have been unconscionable.

At what point does the public say enough is enough?  Vaccination is literally a “dead end street.”  Does the medical industrial complex expect the public to placidly receive almost endless injections for hundreds of diseases?  Will enough people heed the information in this report for the public to squirm out of the grip this evil government/medical cabal has over the masses?  That is to be seen.  With their own lives at stake, how much pushback will a misled public generate, if any?