The Famine of Omega-6

The Elixir of the Holy Grail 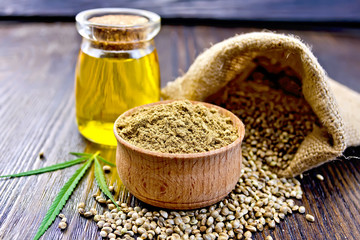 In 1929, the husband-and-wife team of George and Mildred Burr did a study on the importance of Essential Fatty Acids (EFAs). They found that young rats subjected to a complete fat-starvation diet over a period of several months develop disease and soon die.[1] Then in the 1950s, Johanna Budwig found that in studying blood samples from people with cancer, diabetes, and liver disease they consistently lacked linoleic acid (LA), the parent Omega-6 essential fatty acid. She developed a flax-seed-oil formula combined with protein, high in alpha linolenic acid (ALA), the parent Omega-3 essential fatty acid. With this oil, she claimed to successfully treat a staggering list of ailments: cancer, cardiovascular disease, diabetes, acne, and other skin conditions, vision and hearing, constipation, sterility, dry skin, menstrual problems, glandular atrophy, fatty liver, gallstones, pancreatic malfunctions, kidney degeneration, blood disorders, anoxia, arthritic conditions, and childhood diseases such as mumps, measles, and swollen tonsils, immune deficiency, and low vitality.

Now, for some reason, at the turn of the century despite Budwig’s successful studies, the health recommendations of the scientists and health professionals directed to use the Omega-3 derivatives, EPA and DHA from fish oil despite all the previous research on Omega-6 and Omega-3 from seed oils. This is what I was taught in nutritional therapy classes years ago. Omega-6 was the “bad guy” evidently as I was told it causes inflammation. Obviously the adulterated Omega-6 oils are inflammatory but when I was taught this in school I was confused since Omega-6 had the most powerful natural anti-inflammatory PG1 as its chief derivative. It seemed like there was a conspiracy against Omega-6 by the carnivores or possibly the pharmaceutical industry and fish-oil companies. It is the old trick of making something the opposite of what it really is or creating a market.

After reading a book by Brian Peskin, The PEO Solution, several times it finally started to sink in that the solution to aging and disease are EFAs with the higher ratio of Omega-6 to Omega-3 instead of fish oil. Since Omega-6 produces GLA, which makes PG1, this makes it the key, solving one of the main issues with health – inflammation. Most every disease has at its root inflammation. Peskin shows from a physiology perspective how every cell in your body including the skin, organs, and nerves are primarily made with Omega-6 – even the mitochondria, which power the cells. For oxygen to get into the cells it must have a healthy cell wall, which is primarily made of Omega-6. Don’t minimize this factor since getting oxygen into the cell is the key factor in killing cancer. Cancer cannot live with oxygen. This was discovered by Nobel Prize winner Otto Warburg.[2]

Peskin brilliantly refutes the arguments that Omega-6 is inflammatory in the 2017 Three Seminal Findings posted on his web site https://brianpeskin.com/. The Kuopio Ischemic Heart Disease Risk Factor Study goal was to use the key inflammation marker that medicine uses, C-reactive protein (CRP), to directly measure the serum levels of parent Omega-6 (LA) and its derivatives GLA, DGLA, and AA. The conclusion was that the higher the serum LA the lower CRP. Low-serum LA was associated with higher CRP (inflammatory) levels. Let this be understood: Pure, unadulterated, organic non-GMO Omega-6 is very highly anti-inflammatory.[3]

Eicosanoid expert Paul Beatty gives a brilliant summary of the problem in today’s lipid research: “The neglect of lipid biochemistry in clinical medicine has led to many incorrect assumptions, the misleading one that many researchers naively accepted –long-chain derivatives of parent Omega-6 EFAs promote inflammation. This is totally incorrect.” Both Omega-6 and Omega-3 are very important. However, Omega-6 is much more important.

The host of findings of the benefits of Omega-6 are astounding. The same health issues Johanna Budwig found to benefit with Omega-3 and protein are found with Omega-6 and more. The blood sugar levels are normalized, the blood pressure is normalized. Cellulite disappears. The skin becomes beautiful. The joints return to youthfulness. Sleep issues resolve. The thyroid, adrenals, kidneys, liver, and pancreas live in harmony as well as your brain. Think about it! Every cell in your body is functioning at an optimal level in the blood, tissues, hormones, and organs. You can watch a video of what the blood cells are doing after ingestion. Within minutes they start moving freely with no stagnation. Your body is finally working literally like a well-oiled machine.[4]

One other thing that should be noticed about Omega-6 is that it is a powerful detoxifier through the oil metabolic pathways. It even detoxes highly toxic aldehyde, a byproduct of sugar. Now you can feel safer eating your honey.[5] Another interesting fact is that the seeds that Omega-6 are pressed from contain the genetic material to start a new plant. The potential for these genes to influence our genes with new youthful life is a whole other dimension to be explored.

Once we understand that Omega-6 is the foundation of health, how do we incorporate its use into our lifestyle? Organic, non-GMO, cold-pressed seed oils are the best. Hemp seed oil is one of the highest in the Omega-6: Omega-3 ratio and has some GLA. The article The Composition of Hemp Seed Oil and Its Potential as an Important Source of Nutrition recommends 3-5 tablespoons daily. I like to crush a clove of garlic and mix it with the oil like a salad dressing and spoon it over my food. Some of the other high Omega-6 oils are black cumin seed oil, grape seed oil, black raspberry seed oil, safflower seed oil, and sunflower seed oil.

Black cumin seed oil has antioxidant, antidiabetic, antihistaminic, antihypertensive, anti-inflammatory, analgesic, antimicrobial, and antitumor effects. What more could be expected from such a fantastic elixir?[6] All the seed oils have many other lipids, nutrients, minerals, and vitamins included with them, and possibly other things we have not yet discovered. A combination of several of the oils can create a synergistic blend of super powerful nutrition.

David Horrobin, MD, PhD, hypothesized decades ago that “proteins are literally afloat in a lipid sea, and their functioning is dependent on the behavior of the configuration of the lipid sea.” Now we see why Johanna Budwig years ago found out why Omega-6 deficiency caused those diseases. Omega-6 is truly the elixir of the Holy Grail.

[1] George 0. Burr and Mildred M. Burr, “A new deficiency disease produced by the rigid exclusion of fat from diet,” (rec’d for publication at Department of Botany, University of Minnesota, Minneapolis), February 11, 1929, at http://www.jbc.org/content/82/2/345.full.pdf.