NHF and our 501(c)(3) Sister Organization, Foundation for Health Research, 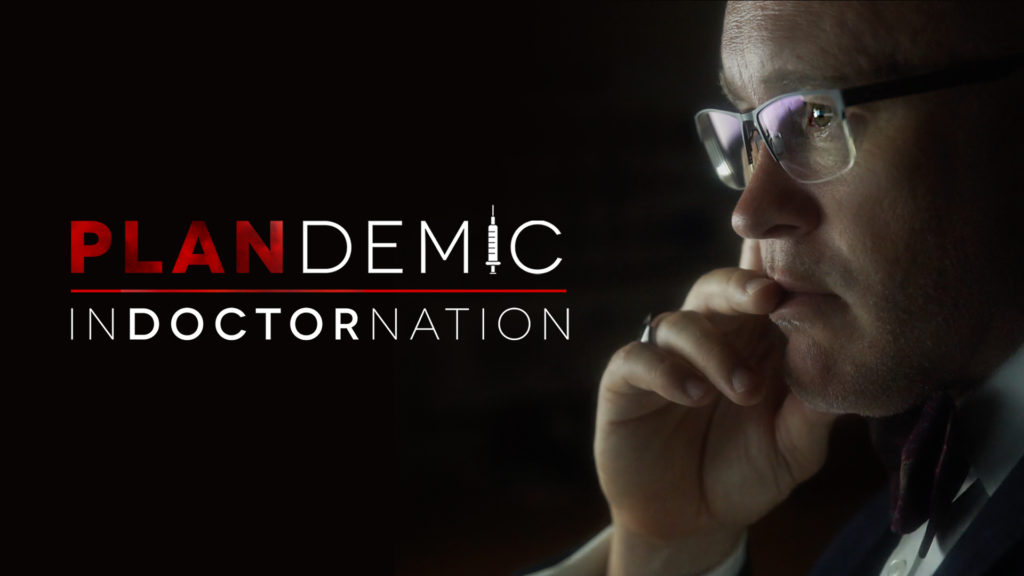 Plandemic is a series of films produced and slated to be produced by the talented Mikki Willis about the planned coronavirus epidemic of 2019-2020. It exposes the lies of the mainstream media, State and Federal officials, the CDC, the WHO, and a whole host of conspirators who intend to deprive us of our health and health freedoms.

Filmmaker Mikki Willis has released the first part of this ongoing film series Plandemic. (See: https://www.bitchute.com/video/bZ2yliCyu373/) As expected, Part 1 was heavily censored and has already been deleted from virtually all social-media platforms. In this first in the series of interviews, Mr. Willis interviewed Dr. Judy Mikovits. There is much more to come however.

NHF and Foundation for Health Research (FHR), our 501(c)(3) sister organization, are proudly supporting the controversial Plandemic film series. Our mutual dedication to truth, free speech, and the right to choose has never been more vital. We invite you to take a stand against censorship and in favor of the TRUTH by partnering with the National Health Federation and FHR to keep Plandemic on production schedule.

Don’t Ask Me What It Costs,

Ask Me If It Will Be Worth It in Five Years!

Precisely why NHF and FHR support this film and are raising funds for its completion this Summer can be found in the desperate, laughable Wikipedia FAKE NEWS quote below.* True to form, Wiki is full of lies that aim to keep you in the dark and therefore harm your health and skew the truth. NHF has been exposing their truth-distorting agenda for years. Wiki shot themselves in the foot with their slander as it actually resulted in the “Streisand Effect” (a social phenomenon that occurs when an attempt to hide, remove, or censor information has the unintended consequence of further publicizing that information, often via the Internet) and Plandemic went VIRAL!

More than ever, the health and health-freedom community need an uncensored Voice. Since 1955, NHF has long been Your Voice for Health Freedom ® and so it was a natural project for us to put our time into and focus upon.

We implore you to act quickly so production of Plandemic will stay on schedule. Watch for upcoming interviews of key health-freedom players as we all join together to make the truth heard despite censorship and smear jobs on the internet by self-appointed “truth” dispensers.

Regardless of the global economy, we must keep investing in what we believe in and we believe Plandemic needs a Voice. Give generously through the National Health Federation website on the link dedicated to fiscal sponsorship of this bold movie. If you desire to make a tax-deductible gift, please use the dedicated link provided on our FHR website:  www.FoundationforHealthResearch.org.

We invite you to take a stand against censorship by partnering with NHF and FHR to keep Plandemic on production schedule so that the Truth about the harm they are doing to us and the economy can reach as many people as possible. Everyone needs the truth if we are to survive!

“Plandemic is a 26-minute conspiracy theory video, first posted to social media on May 4, 2020,[1] promoting falsehoods and misinformation about the COVID-19 pandemic.[2][3] The film was produced by Mikki Willis’s California-based production company Elevate. Willis has produced other conspiracist videos in the past.[3][4] The producers of the video state that it is a trailer for an upcoming film to be released in summer 2020.[2][3][5][6] Starring in the video is discredited former medical researcher Judy Mikovits. Mikovits has been described as an anti-vaccine activist, which she denies.[7]

The video spread virally on social media, garnering millions of views,[8][9][10] making it one of the most widespread pieces of COVID-19 misinformation.[10] The video was removed by multiple platforms, including Facebook, YouTube, Vimeo, and Twitter, because of its misleading content and promotion of false medical information.[2][6][9][10][11] Zarine Kharazian, described the response to the removal as a “censorship backfire”, invoking the Streisand effect.[12]

The video was criticised by scientists and health professionals for promoting misinformation and conspiracy theories. Science magazine released an editorial piece fact-checking the video and detailing its inaccuracies and misleading claims.[13] Willis initially agreed to respond to eight questions prepared by the Center for Inquiry, Benjamin Radford and Paul Offit about the accuracy of claims made in the video, but he did not follow through when the questions were sent.[4]”

Learn more about the movie