Good For Wall Street, Not Patients 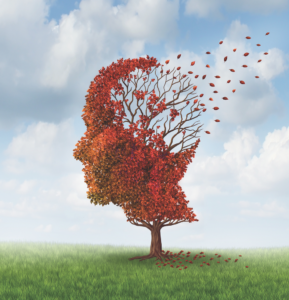 If you are personally concerned about losing your memory to Alzheimer’s disease as you enter your senior years, don’t believe any of the glowing news reports about a newly trialed drug that Wall Street is gushing over.

Here are the glowing but misleading news reports:

The London Times said: Doctors have welcomed a “turning point” in the treatment of Alzheimer’s disease after the development of a drug apparently able to slow the condition if it is caught in its earliest stages. … In one measure of a range of mental abilities, those on the drug experienced 25 per cent less decline after 18 months.

Stop right there.  The drug doesn’t halt progressive loss of memory, it just slows it down.  And it only imperceptibly does so.  There is no way that patients or their families would be able to know if the drug is working or not.

The promise of this drug (aducanumab (Biogen) should not be measured by the dramatic rise in the stock price of its manufacturer.

The drug, along with many other failed drugs that preceded it, attempts to inhibit the accumulation of plaque in the brain called beta amyloid, said to begin mounting up 15-20 years before symptoms of memory loss are apparent.

But just a couple of years ago researchers scrubbed through the published trials of these anti-amyloid agents and found them wanting.  In fact, researchers questioned the “utility of beta amyloid as an Alzheimer’s disease target.”

Researchers did say they were holding onto some hope there would be subpopulations who would benefit from these anti-amyloid plaque agents.  One of those was Biogen’s aducanumab.

Aducanumab had been rejected by reviewers when its pharmaceutical sponsor recapitulated some data, adding subjects who took higher doses and took the drug for a longer period of time, to produce marginally positive clinical results, only noticeable by physicians who chart the progress of the disease.  The disease still progresses with aducanumab, it is not a cure.

Oh, aduncanumab does reduce brain plaque that is observable in brain imaging.  But a person’s memory bank keeps dropping out.

If approved, this would be the first drug to treat the disease and not symptoms, said a report in the Daily Mail.  But a professor at a London-based university said: “I suspect, once we see the full results, we will see that the clinical effect is very small indeed.”

Since 2003 no new drugs have been approved for Alzheimer’s disease.  Over 200 drugs have failed to gain approval.  Drugs that address five known causative factors of this brain disease have failed to exhibit effectiveness and safety.

According to one report, the global incidence rate for AD doubles every five years after the age of 65.   The number of AD cases is expected to triple over the next three decades. The first drug of AD was released in 1993 but was withdrawn because of reports of liver toxicity.  Current drug treatment consists of Aircept (donepezil), Razadyne (galantamine), and Evelon (rivastigmine) that inhibit an enzyme (cholinesterase) that degrades a key brain chemical (acetylcholine).

These drugs that are designed to inhibit or clear up beta amyloid brain plaque are based upon a misdirected premise.  A buildup of beta amyloid is observed in the brain of elderly adults who exhibit no memory loss!  Many clinical trials of Alzheimer’s drugs have failed to delay or stop progression of this devastating brain disease even though beta amyloid was eliminated.

Modern pharmacology has been on the wrong track, wasting value time in heading off a human health disaster as more adults are living longer.  No current drug has been demonstrated to halt or reverse Alzheimer’s disease.  Disease reversal is especially needed for the millions of patients with the disease.

The right road to brain health: Vitamin B1

The one hallmark biological signature of Alzheimer’s disease is low blood sugar levels in affected parts of the brain that correlates with low vitamin B1 tissue levels.

What DOES correlate with progressive memory loss is a decline in brain levels of vitamin B1 (thiamine).  What is known is that the portion of the brain (hippocampus) affected by Alzheimer’s disease has low brain sugar levels, a phenomenon that precedes the onset of memory loss by a few decades.  If insulin, a hormone that facilitates the utilization of sugar by living cells, is instilled into the nasal passages of patients who have memory loss, brain sugar levels improve.

Researchers point to “brain insulin resistance,” similar to that experienced in other organs and tissues in the body of adults with adult-onset diabetes (type II diabetes).  Some researchers even call Alzheimer’s disease Type III diabetes.

It is worth noting that brain shrinkage is very prominent among diabetics.  The brain areas affected by Alzheimer’s disease have up to 4 times lower insulin activity than in healthy adult brains.

Whereas the level of beta amyloid brain plaque is variable in Alzheimer’s disease patients, impairment of brain sugar blood levels is an invariant feature of this disease.

Thiamine (vitamin B1) is critically important for the delivery of oxygen to tissues.  The brain utilizes ~20% of total body oxygen even though it is only 2% of total body weight.

An earlier report by this reporter showed convincing images of thiamine’s ability to eradicate brain plaque and restore mental function to older adults.

Human studies have already demonstrated clinical improvement in mental scores and memory in human Alzheimer’s subjects given vitamin B1.

Iron also accumulates in the hippocampus, the thinking part of the brain, and combined with thiamine deficiency, produces a multi-factored theory of this disease.

The nasal instillation of a metal binder (chelator) has been demonstrated to show clinical benefits.

Resveratrol as a metal chelator (key-lay-tor) has already been shown to reduce a long-term measure of blood sugar (hemoglobin A1c) and helped maintain brain volume among healthy older adults.

Thiamine vitamin B1 in its more absorbable form – benfotiamine – or as allithiamine that traverses the blood-brain barrier, combined with metal binders (chelators) such as resveratrol (copper), quercetin (iron) and rice bran IP6 (all heavy metals) would comprise such a cocktail.  A nutraceutical (formulated by this reporter) already exists that provides this cocktail of ingredients.